Design a site like this with WordPress.com
Get started
Skip to content
preethaanoopmenon. Uncategorized March 12, 2020March 12, 2020 2 Minutes

The world of neuro divergent

A story of support

School are closed for children as the state is on high alert over coronavirus. So my day starts with taking both of them to our nearby Temple. I have already mentioned about their temple visits in my earlier posts which is situated in less than 100metres visibility from our house.

The priest of this temple knows about Sivaa and his condition and keeps assuring me that Sivaa is going to fine, as he see a tremendous change in him during the past 7years. Even though I had accepted the reality, his hope in Sivaa reassures me during every difficult times. I have always noticed that this priest tries for some sort of communication with him. When most of the people try to ignore our children, every little attempts to acknowledge our children gets counted for as inclusion and acceptance. Another speciality about him is that he has never asked me to do any special poojas for his well being. The only thing that he had asked me was to bring Sivaa daily for Devi darshan.

As mentioned earlier, every time the priest would take an effort to open a conversation with him. Like that today he called him to take the Prasada ( temple offerings). And as I saw Sivaa walking towards him, I was very anxious but after attending Seema’s ( Seema lal TogetherWeCan) parental support session I learned to ‘let it go’ the situation which was beyond my control. As I watched, Sivaa went near and stretched his hand towards him. He gave the Prasada and one little bottle in his hands. He screamed pacham(payasam) and ran to me. The priest was so happy and overwhelmed with moist eyes he blessed him saying Devi would definitely hear us. Equally overwhelmed I prayed for his well being and came back home. The priest added that he never expected that Sivaa would turn up and listen to him.

Anyways Sivaa is happy for the surprises that he received today. He is jumping and running around the whole house thinking of the holidays and surprise pacham.

The temple mentioned here is a small Bhadrakali temple named Mukkottil Bhagavathy Temple in Tripunithura. The Neypayasam is the main nivedhayam to Devi. 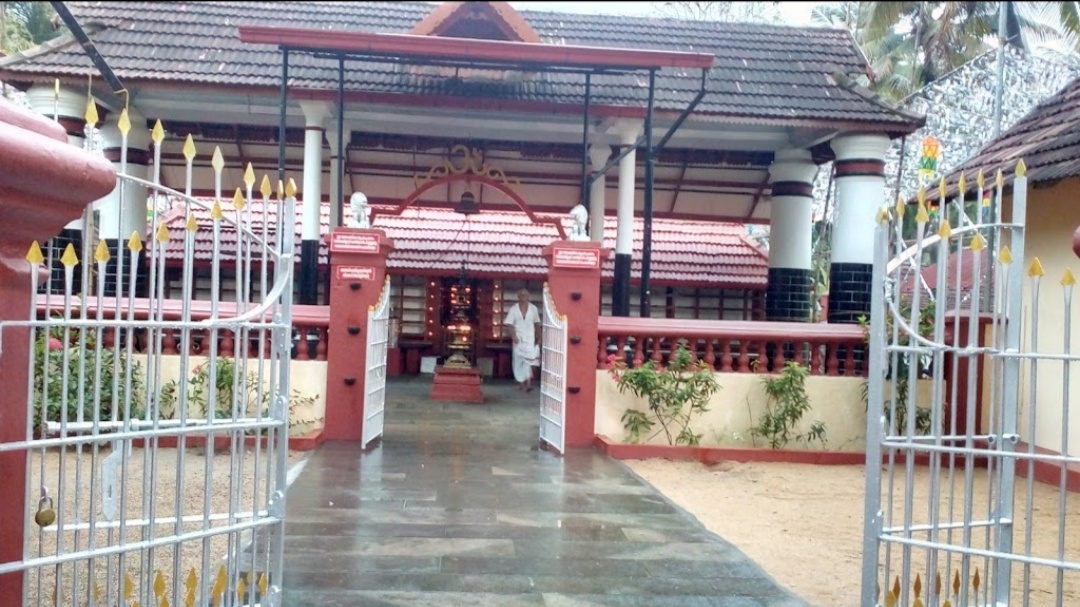