Design a site like this with WordPress.com
Get started
Skip to content
preethaanoopmenon. Uncategorized June 12, 2019June 12, 2019 2 Minutes

Children were off to bed . Being a hectic day, I was also feeling so tired and sleepy , but couldn’t ignore little Siddhu who was anxiously waiting with the story book. As usual Sivaa was not so interested and he tried to pull over the blanket onto his head as soon as he saw me coming. Amma I found something very interesting in this story book said Siddhu. It’s a devil Story. He showed the picture of the devil.

I understood that he was very much intrigued by the title and Picture. He didn’t have much idea of what the word devil means? He posed several questions to me… Like Do the Devil bite Amma? Is it the one we saw in zombies film Train to Busan? I shot off in between and said Devil is an evil spirit. See when a person has anger, jealousy,hatred, envy and Malice, then he has devil in him. He gave a puzzled look, hearing so many new words, so I told him we shall move to some other interesting story as I felt he was too small to understand all these new words. He didn’t agree to that because he was so fascinated by the picture of the devil. The story was about the devil trying to sell his tools like envy jealousy, hatred ,malice and discouragement with a price tag. And he puts highest price tag on discouragement as he feels that it’s an effective and powerful tool. I was very well sure that story was not to his age but he was very adamant to continue with it. Somehow I finished the story and like other stories I didn’t explain further and also didn’t ask him about the Moral of the story. But he seemed to be very excited after hearing the story. He continued.. Amma now I understood why ‘X’ of class c is behaving like this… I’m sure he has debil inside him. He was trying to break my umbrella yesterday.
Oh God… I knew this story will get misinterpreted. No Siddhu not like that. First of all let me tell you it’s not debil. It’s devil. And the ‘X’ of class c might be trying to imitate some movie actions. All children are good. Also don’t you remember Amma saying Children are God’s own creations. They don’t have devil inside. God would never allow that. Oh OK. He replied..

Thank God.. he is convinced. And I continued. Siddhu now you sleep. Tomorrow you have school and you have to wake up early. Hearing the snoring sound from other bed I understood that Sivaa has slept off as soon as I started with the story. Siddhu was still fascinated by the new story. He continued; Amma one more last question… Do you have debil…sorry devil inside you? You are sometimes very angry and also you use that powerful tool of discouragement. You discourage us know always. That day when I wanted to play in that beach… You said sea is rough but nothing happened to anyone played there. I think you have devil inside you.😈😈

On the other side of the bed I saw 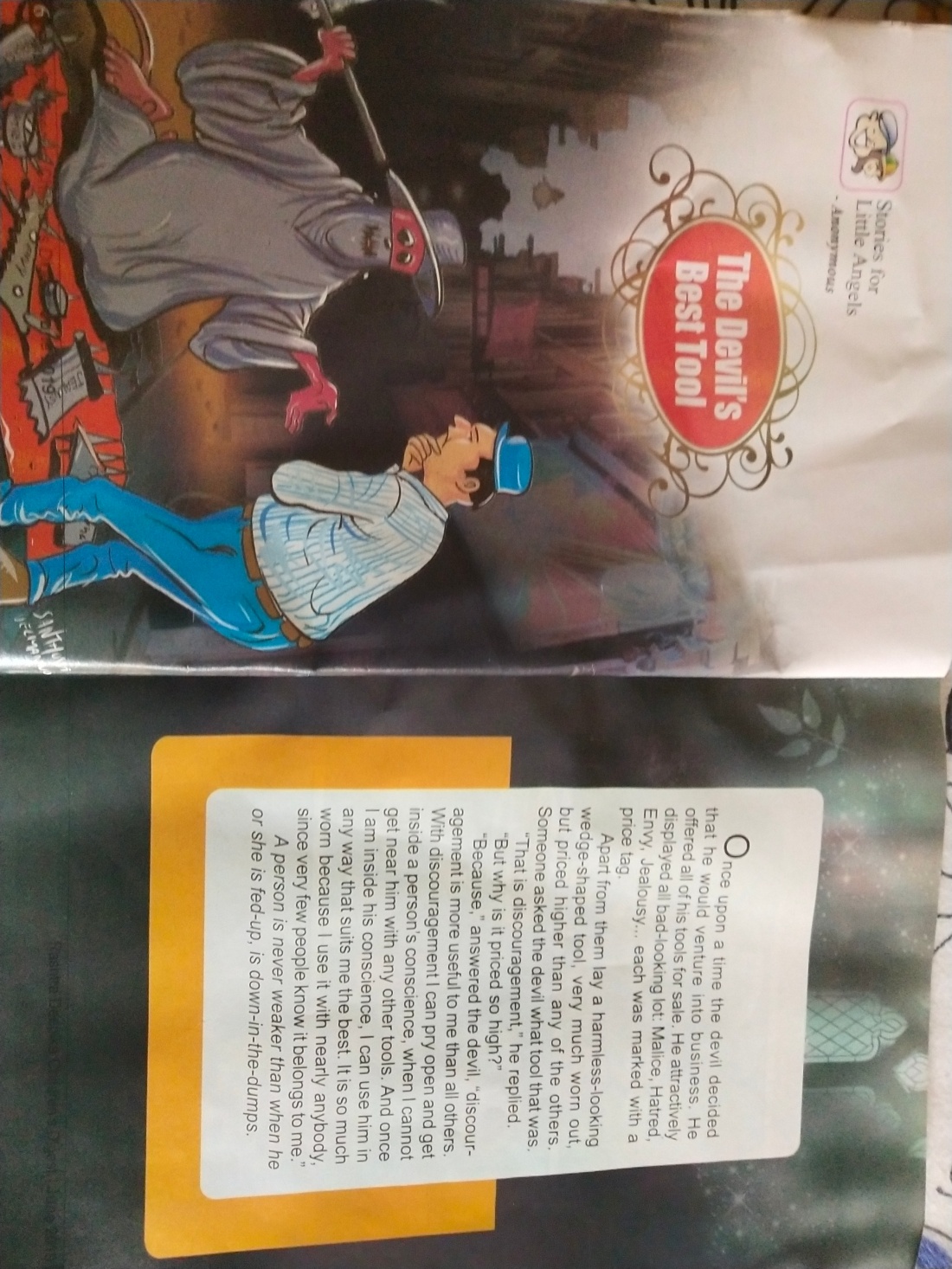 Anoop, who was trying to control his laughter and the whole bed was shaking because of that made me completely lose my temper. I shouted at siddhu saying if you don’t sleep now, I will become a devil. Siddhu turned to Anoop side and slept off.